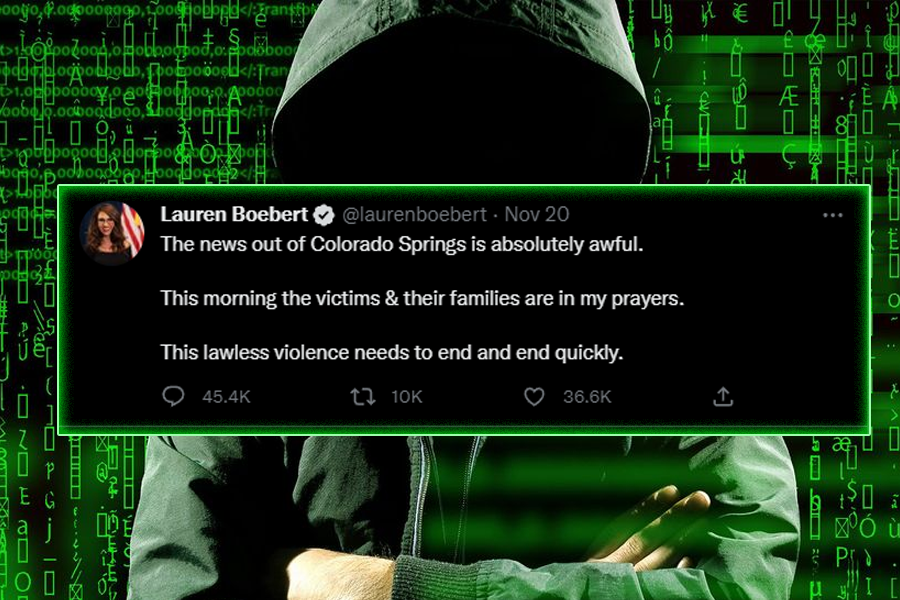 Rep. Lauren Boebert (R – CO) posted a Tweet Sunday denouncing the rampage shooting at an LGBTQ+ club in Colorado Springs, and offered support to the victims and their families.

FBI Director Christopher Wray confirmed that their Cyber Crimes Division is currently investigating every possible lead to identify and bring to justice the hacker responsible for this incident.

Director Wray explained, “Luckily, it appears we’re dealing with an amateur hacker in this case. Typically, hackers will do their best to stay undetected, but this brazen stunt was simply reckless. Minutes after the tweet went out, we received hundreds of tips. About half of them were citizens notifying us that an imposter was using her account, and the other half were concerned about her health, or even that the congresswoman had been blackmailed by a foreign adversary.”

We reached out to the Kremlin for comment regarding the claims of blackmail, to which they replied with a written statement, “Russia was completely uninvolved in this incident. While we acknowledge the political differences between our nations has caused a lack of trust, the United States can rest assured that we would never engage in blackmail against Congresswoman Boebert. There is simply no need. We believe the American saying goes, ‘If it ain’t broke, don’t fix it’?”

In a rare moment of truce, the Kremlin statement added, “If there is anything the Russian Federation can provide to assist the United States in capturing this fugitive hacker, please do not hesitate to ask.”

We’ve reached out to Boebert’s office for comment, but have not received a response. A source inside Boebert’s staff apologized for the delay in response, stating that the congresswoman has been struggling with crippling anxiety in the days following the Tweet.